Thibault is originally from France and currently based in Boston MA, USA. He was trained in Physics and worked as a researcher at Cornell and Harvard University, where he studied fundamental biological mechanisms using optics and microscopy.

He has been photographing for most of his life and developed his original style and art during his travels to numerous countries throughout Europe, North America and Africa.

His strong scientific background pushed him to develop a fascination for light, how it interacts with materials, bounces off surfaces, as well as for the notion of time, and how it can be integrated and depicted in still images. It is therefore natural that he developed a passion for long exposure techniques and specializes in seascape, landscape and architecture photography.

Most of his work shows a world in black and white. Not only because he has grown a passion for monochrome and classical photography, but also because he considers stripping a picture off its colors is not a restriction. It is rather a way for him to dissociate his work from reality, create a new world of opportunities and emotions, and bring up the beauty of an atmosphere, a situation, a detail or an abstract vision that most people would dismiss.

In order to step further away from reality and bring the viewer into a new and ethereal world, he also developed approaches that combine exposure times of five to ten minutes long with the precise control and introduction of blur in some of his work, making it both singular and unique.

After capturing a new photograph, he approaches it as raw material, a canvas for his imagination. He uses digital processing techniques just like a painter his brushes in order to make the picture his, by imposing and developing his own style and inner vision. He considers this appropriation and creative process just as important as shooting in itself. It allows emotions to bloom, presence to infuse, volumes to explode.

Thibault's work has been awarded internationally by recognized fine art organizations such as the International Photography Awards and the Prix de le Photographie de Paris.

His work has been published by international magazines and organizations such as Chasseur d'Images (Fr), Landscape Photography Magazine (UK), CameraPixo (US), Plus One Collection (book), Adore Noir Magazine (US), The Municipal Art Society of New York (US)...

He has exhibited in the USA and Europe and can also be found online on some of the most important photography and social media sites: Flickr, Art Limited, 500px, Facebook, Google+, Twitter.

He is sponsored and Featured Artist of Formatt-Hitech, a company based in the UK that produces the best neutral density filters available.

He is also a featured artist of SmugMug. 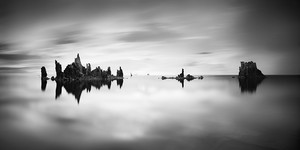