Diego López is a Spanish nature photographer whose history begins more than ten years ago, on an enclave of exceptional beauty and wildlife, Doñana National Park. Although still inexperienced, this place had something magical that completely seduced and pushed him to keep learning. Even today, recalling that moment you might well find him very often in this unique landscape.
After years of experience and self-training, the ultimate goal of his work has changed. The indiscriminate collection of images that marked his beginnings has turned into a more rigorous and insatiable pursuit of originality. His goal is to capture images that convey the true essence that nature provides us at every moment, from the purity of a freshly snow-covered tree to the haunted mystique of a foggy forest.

This obsession with showing what, even being within sight to everyone, have never been captured by presenting some difficulty, undoubtedly reflects his perfectionist nature and portrays, with surprising delicacy, a huge work of prospecting and search for new locations. Besides being a born locator, his excellent ability to transmit his passion for the art of photography has leaded him to become a trainer of photographers. Additionally, he can be considered nowadays as one of the leading pioneers of photographic tourism in Spain after venturing into Wild Photoescape, a business focused on the organisation of photography tours willing to become the leader in the photographic tourism field in Spain .

His work has been published at some of the most prestigious national and international publications related to this field, such as National Geographic, GEO, Wild Vision, Best Europe, Natura, The Cattle, Chasseur d’images, Outdoor Photography, Practical Photography, Paisajes desde el tren, Natur + Cosmos or National Geographic Travel. He has been awarded in international competitions such as the European Wildlife Photographer of the Year of the GDT, Glanzlichter, Asferico, Memorial Maria Luisa, Montphoto or Festival Montier, and has been as well one of Europe’s greatest photographers chosen for the biggest Nature photography project ever undertaken within Europe, Wild Wonders of Europe. This project developed between 2009 and 2010 and directed by Staffan WindStrand generated the highest file quality on European biodiversity. The initiative, sponsored by National Geographic, Nokia, WWF and Nikon, among others, has published two books in large format, in multiple languages and an exhibition is currently touring the world (http://www.wild-wonders.com).

In addition to this initiatives, since 2012 Diego is undergoing a personal project called Survive ®, that will lead to a new book focusing on the Spanish community with the greatest number of protected areas, Andalusia. 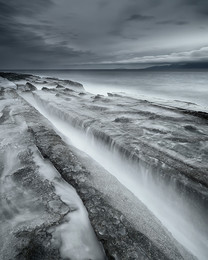 The fury of Neptuno
Spain