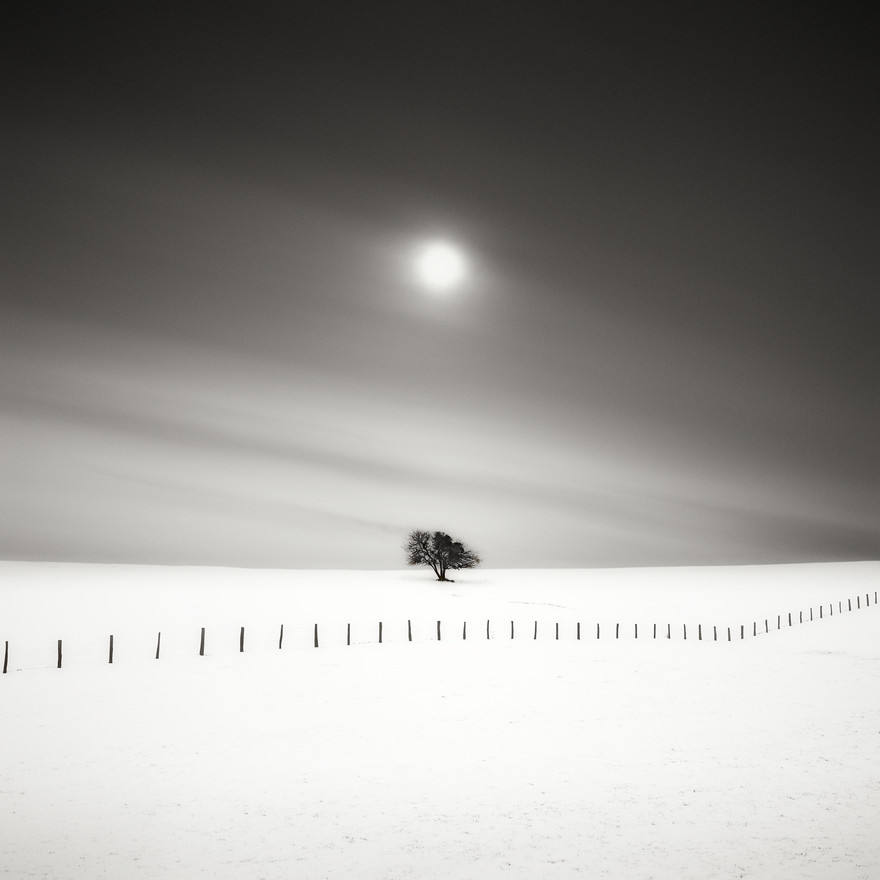 Some subjects seem so familiar to us that we cannot resist… For several years, on almost a daily basis, I passed by that “cow tree”, isolated in a pastureland on a hill in my Lorraine countryside, without ever ignoring it, and each time telling myself: “ one day, I will take your picture”. I waited patiently… and one day, by dint of waiting, all the conditions fortunately came at once: snow, sun, perfect alignment, the clouds and the fence’s perspective, the peaceful atmosphere and the serene mood… and the camera was at arm’s reach. The composition was too obvious, it was impossible to miss such an opportunity.

From a technical point of view, the shooting of that picture could not be easier: DSLR camera and telephoto lens. Although the clouds give a “wipe” effect, it is not a long exposure. In order to emphasize graphics and contrast, I treated each element of the picture individually by applying a very distinct tone: white for the snow, black for the tree and the fence, and intermediate greys for the sky.

That picture from 2013 marked the beginning of a long quest, still unfinished, with keywords such as stroll, slowness, simplicity, that I have since been trying to achieve by using the long exposure to get the contemplation idea and the mystery it conjures, the square format for its aesthetics suitable for minimalistic compositions, the black and the white adding the subjectivity to those features which allows the spectator to have his or her own interpretation.