Selection of October 2022: Poetry of Silence by Roland Blum 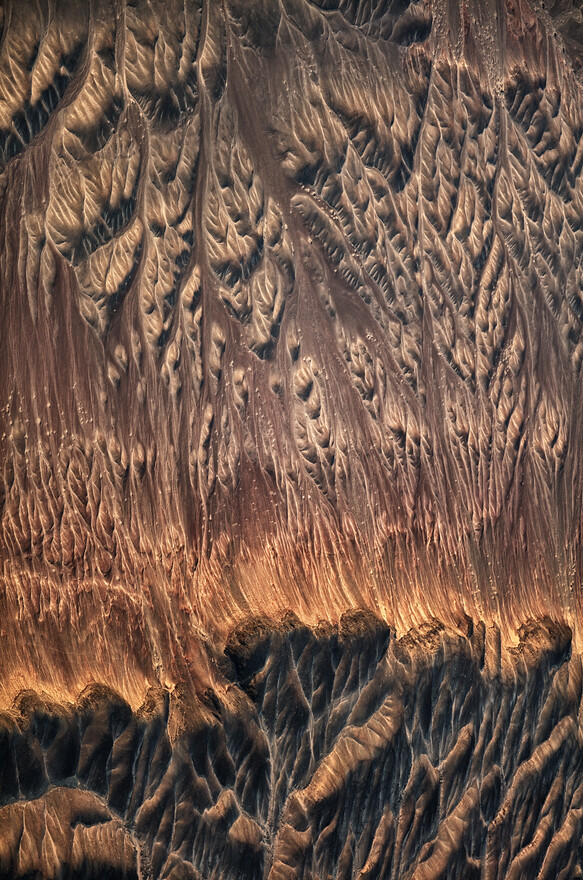 Poetry of Silence by Roland Blum

This Image is part of my ongoing work Poetry of Silence accomplished in the Namib Desert and its surroundings. The Namib Desert is often referred to as the world’s oldest desert. It has been in existence for 43 million years, remaining unchanged in its present form for the last 2 million years. Its name is derived from the Nama language, implying “an area where there is nothing.”

On the Atlantic coast, which borders the desert in the west, the cold Benguela current of the Atlantic meets the barren land. Almost every morning, dense fog settles over the desert here, so it’s always a gamble to catch good light. Normally I fly directly along the edge of the fog and if the sun is at the right angle, and if I am there at the right time, I can see the desert unveiling its fantastic colours and structures.

As I am working with a camera with a very high dynamic range I always underexpose the image which allows me to increase the shutter speed – especially in windy conditions.