Selection of October 2021: The Temple of the Sun by Ovidiu Lazar 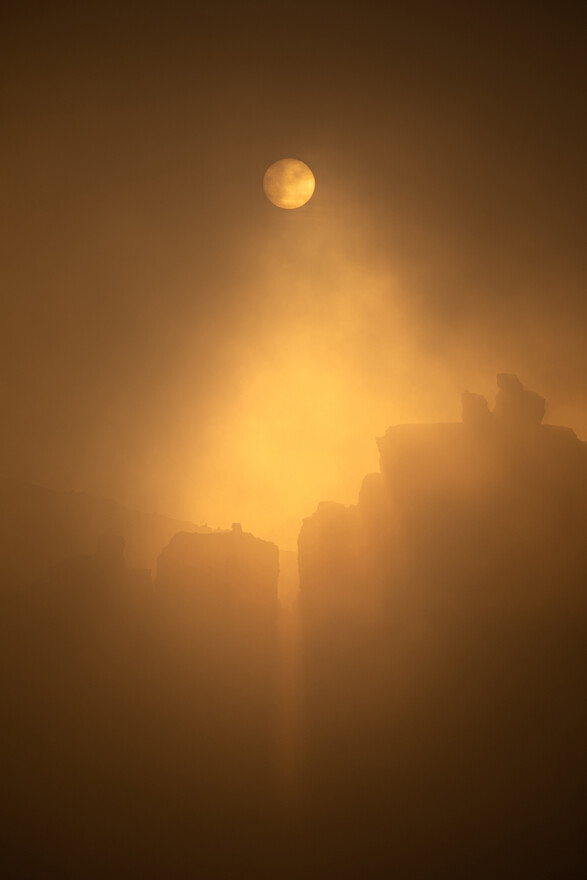 The Temple of the Sun by Ovidiu Lazar

The photo was taken in a place very dear to me, in the Dolomites, on the plateau of Piz Boe. It's a place I've been to every year since 2013, except last year, because of the covid virus. This year I decided to go to Dolomites in July. I climbed Piz Boe in the afternoon, and stayed at the top of the plateau until sunrise of the next day.

In the morning there was a very thick fog, a whiteout, and if I didn't know the area well I wouldn't have left the shelter. I went out on the edge of the valley with the sun rising in front of me, hoping that the fog would dissipate and I would get lucky. After about 45 minutes of waiting, the fog broke for 1-2 minutes and the sun appeared, shyly, above the ridges, like above an altar. I managed to take a few shots and the sun disappeared again. But I was happy, I knew I had captured something beautiful.

Hardly any post-processing was needed for this photo, I knew that since I saw the photo on the camera monitor. I only slightly accentuated the area of light and added a little saturation. It's a minimalist photo, exactly the way I wanted it and that's why it didn't need much processing.