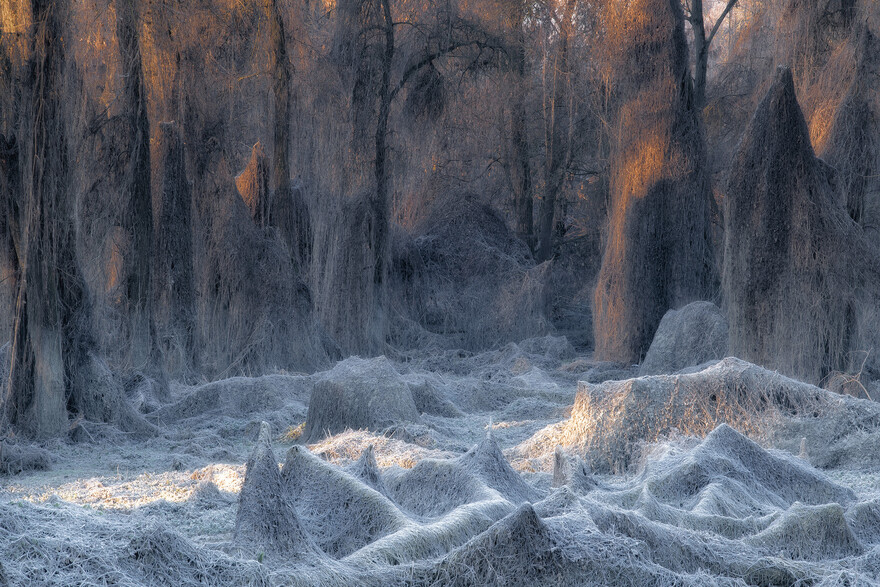 One winter day I took a ride along the banks of the Po river. I like to walk and observe everything that nature gives me. After walking for a long time, I was struck by a beauty of a wood that was separated from me by a small stream; perhaps that was the reason why that wood was still intact. The spectacle that presented itself to my eyes was surreal, the morning frost had completely covered the branches of the fallen larch trees, I took the tripod, mounted the camera and waited for the right ray of light to arrive. I wanted large depth of field, so closed the aperture to F16. The lens I had chosen was the 70-200mm, one of my favourite for landscapes.

I took several photos at different angles, because the place deserved it and because I might never have such fairytale conditions. When I got home, I immediately downloaded the images from the card, but I was sure of the result. I usually make another 3 copies on the various hard disks. I don't like to change the photos in post-production too much, so I limit the changes to sharpness, contrast and sometimes, a bit of saturation. Seeing the photos I was delighted and enchanted by the gift that nature had given me that day, that's why I titled the photo "The enchanted forest"