Color of Poison by Hans Strand

Photographing landscapes from above for 20 years, I have come to the conclusion that man has become the greatest creator and destroyer on top of the crust of the earth. Just look down from a window seat of an aeroplane and you see what man has done to the landscape under you. Almost everything you see is manmade. Mother Earth is undulated, manipulated and redesigned to fit our needs for industrial and energy production, for farming, communication etc. The few wild and green spots we still have are shrinking for every day that passes and are now more or less isolated to designated national parks.

In the Andalusian mountains, there is a huge mining area named ” Minas de Rio Tinto ” ( Mines of Rio Tinto). It has been active since the bronze age. Today however, the mine is more than an isolated cavity on the earth's surface. Its growth has consumed not only mountains and valleys but even entire villages, whose populations had to be resettled in specially built towns nearby. Named after the river which flows through the region itself named for the reddish streaks that colour its water. Rio Tinto has become a landscape within a landscape.The unearthed minerals give the soil and waters of the region odd, otherworldly shades of blue, green, yellow, red and brown, so it is not unusual to see bright orange or green rivulets trickling past. The predominant ores, however, are the ferrous ones, which oxidise when they come into contact with the air and colour land and river alike in shades of reddish brown. Spectacular and beautiful colors indeed, but they are nothing but the colors of poison. The water of Rio Tinto has a PH 2 , which is as acidic as it gets in our stomach. So the river is not only poisonous, it is also corrosive.

In the helicopter hanging over the destroyed landscape and its polluted water, I found myself completely absorbed by this cataclysmic landscape. The power from its sheer size, complexity and colours hit me like a gun shot. How can it be possible for a mining company to destroy such an enormous land area and pollute its water without being stopped? Is it a result of corruption or simply lack of environmental engagement by the Andalusian people? I don´t have a clue? The fact is what I see there under me. No excuses are OK for this. It is simply a rape on Mother Earth. 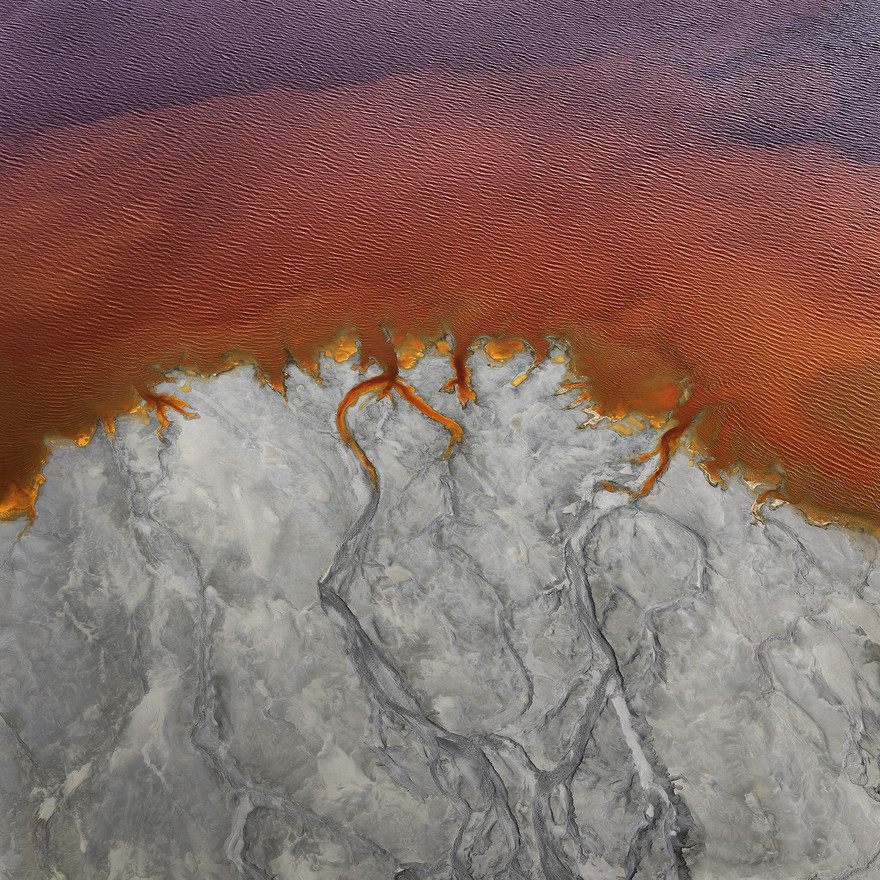 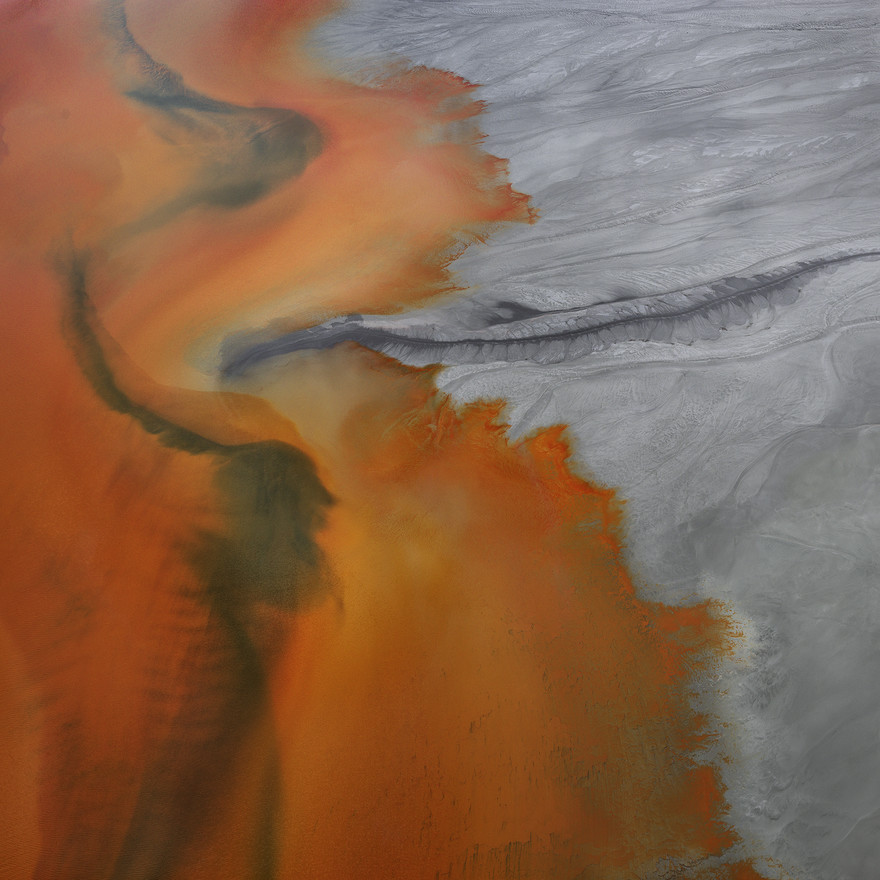 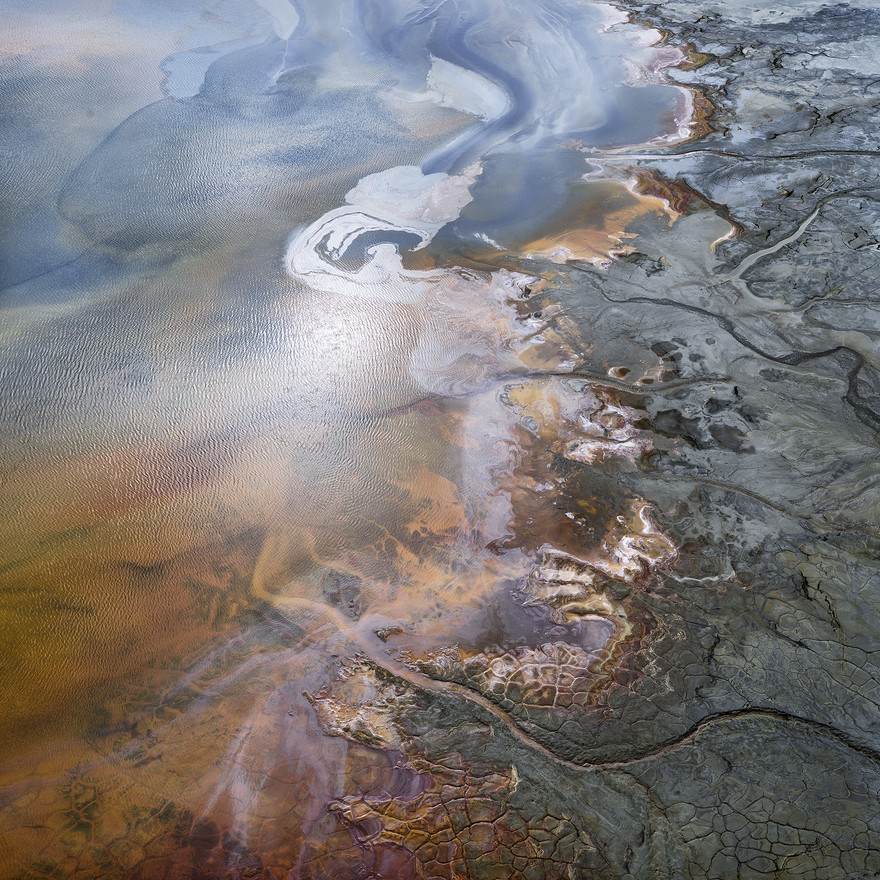 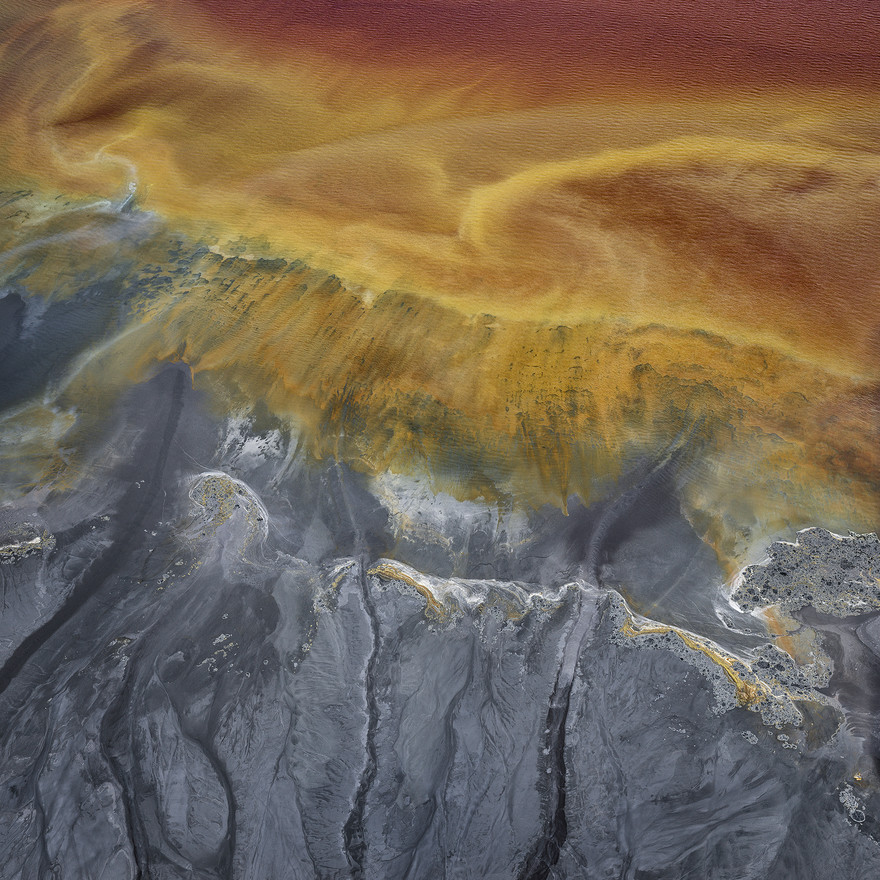 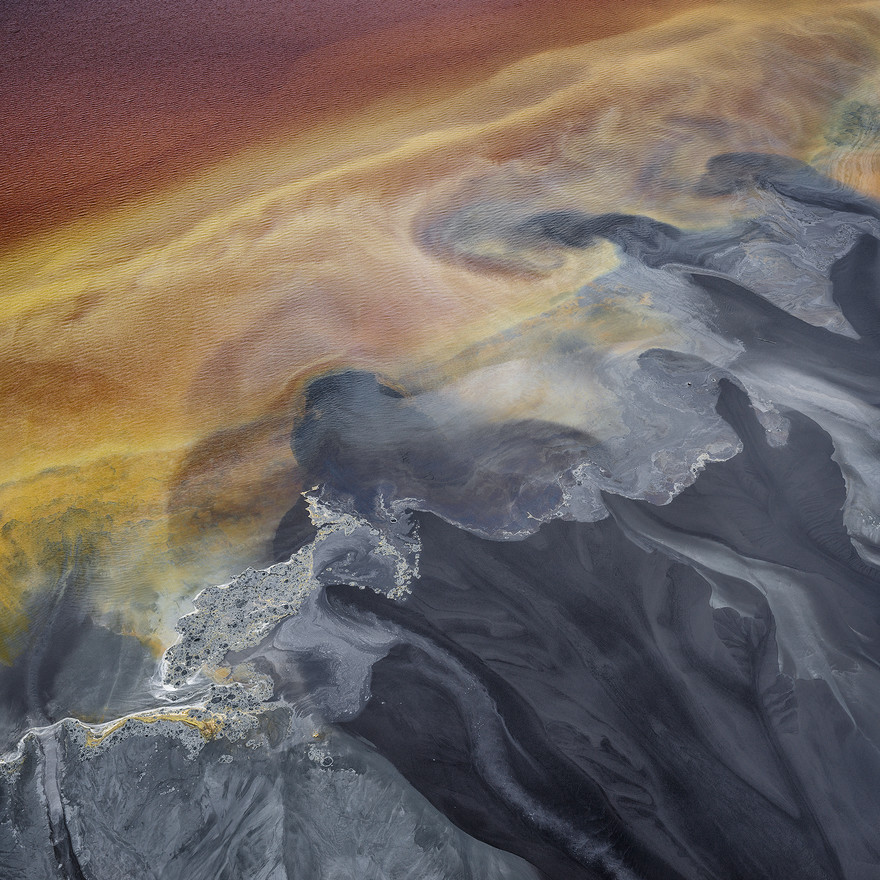 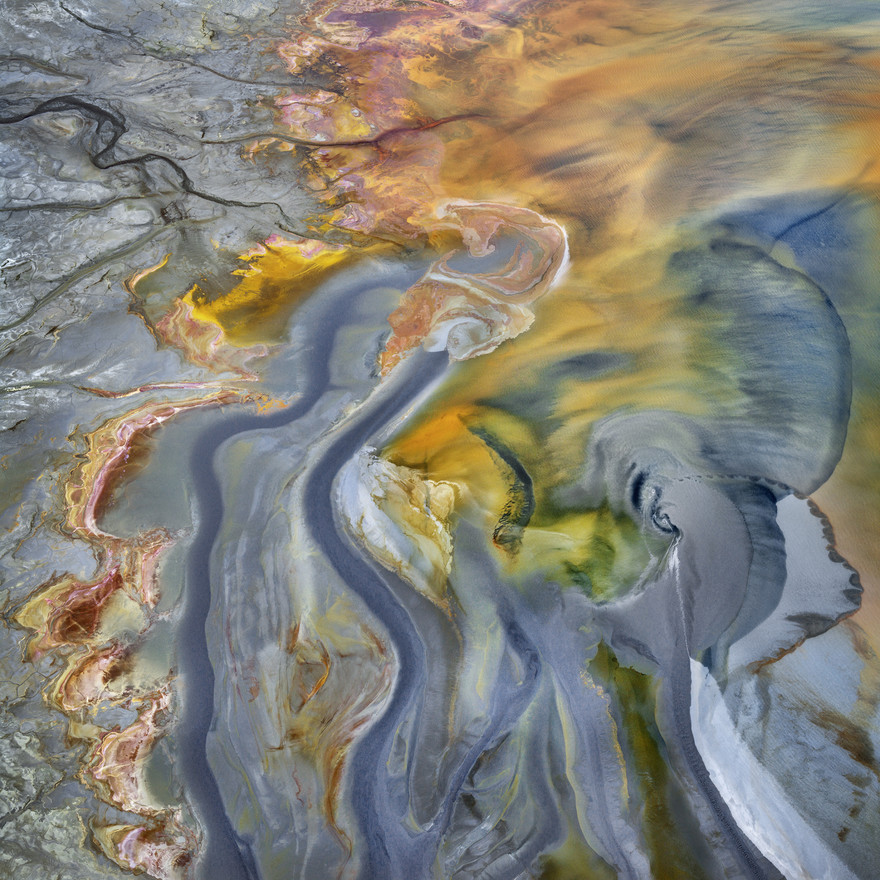 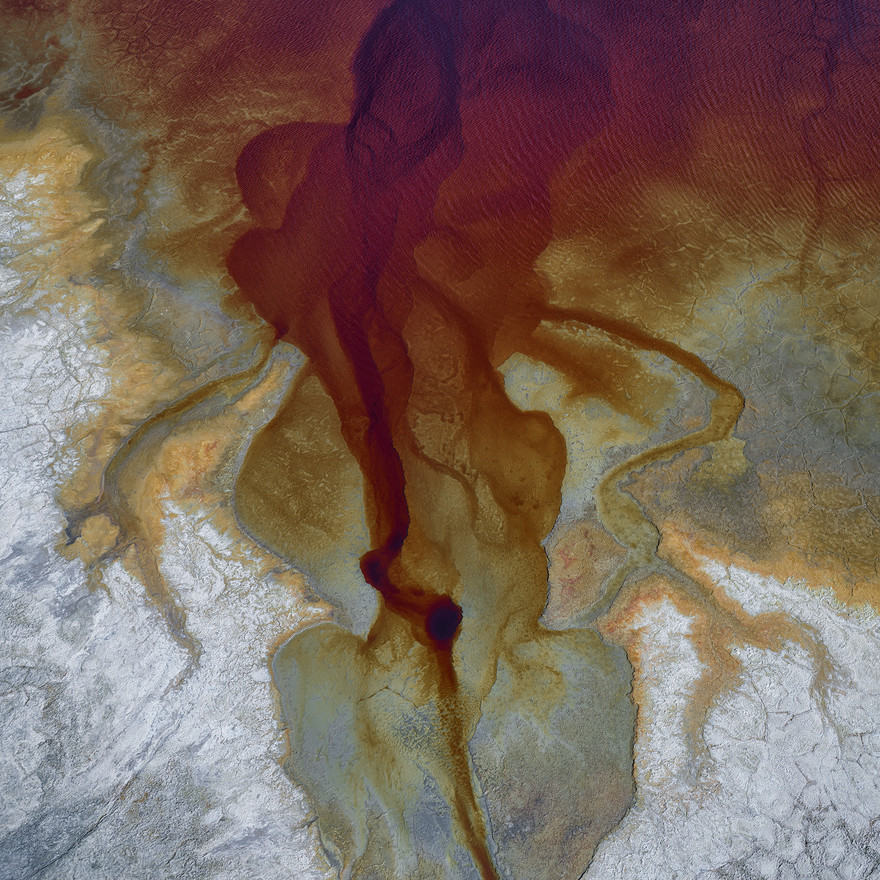 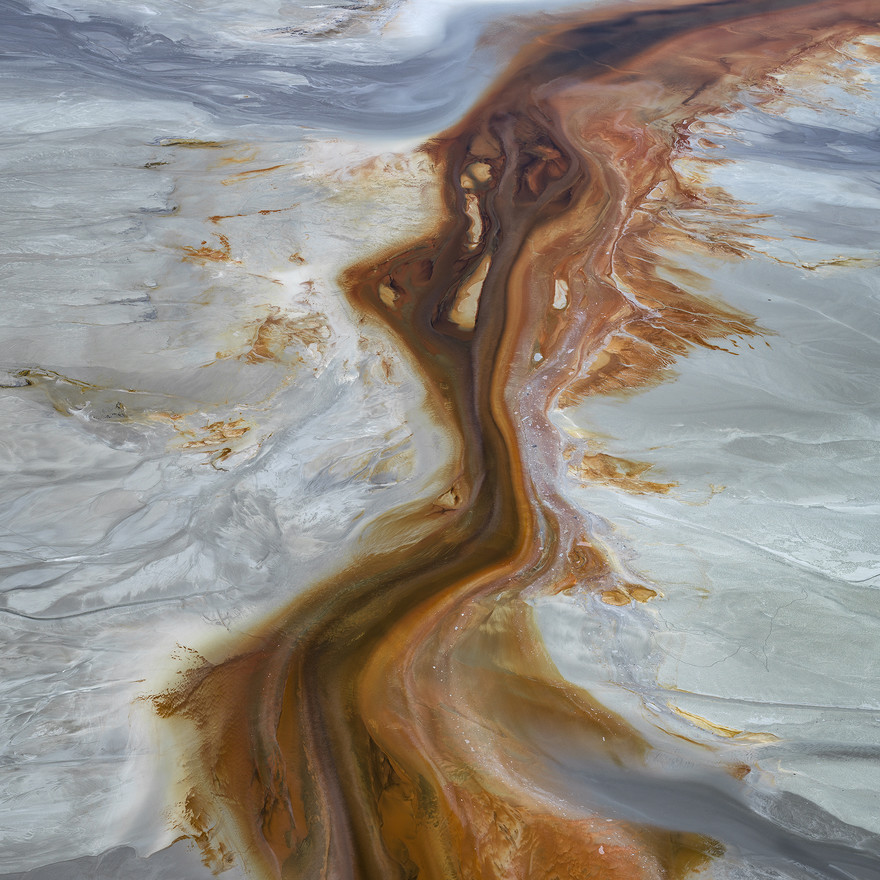