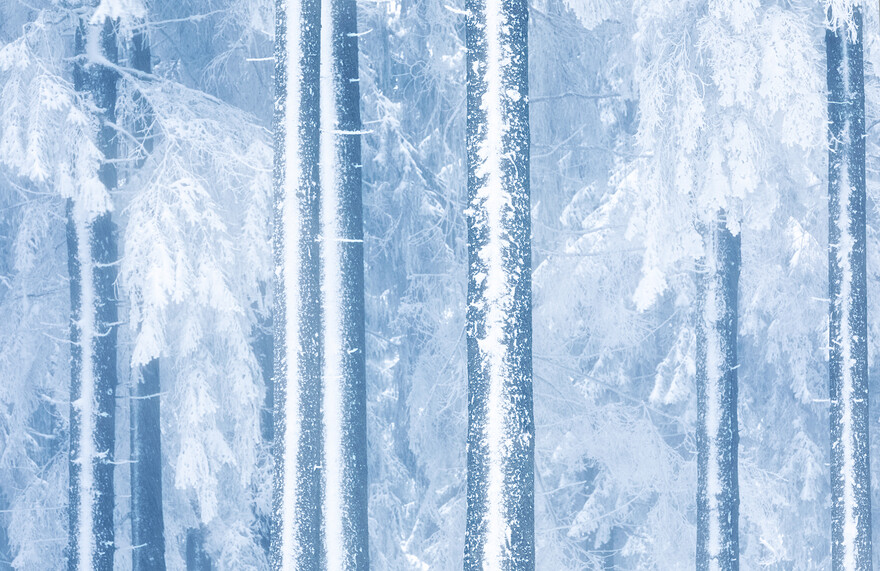 I spent my childhood among these woods (in the Curvature Carpathians in Romania) so I know them inside out. Today they get plenty of attention from photographers and tourists since they are easy to access but many years ago that was not the case. I return to these places as often as I can because of the strong connection to my past. Many trees are the same as they were thirty years ago, but the landscape has changed significantly in many other aspects. Coming back here is therefore also a frustrating experience because most of those changes were not good. The intimacy is all but gone and there are areas I don't even look at anymore, so much they have been altered by the human presence. What was once a shelter now is a common place and many don't even know that this place was once of national strategic importance because of the satellite station built there as they don't know about the heavy fights in the Great War and the trenches that can still be seen (or at least could be seen until new houses covered everything). It has nevertheless become some sort of tradition that after Christmas my husband, my brother and I sleep in the small cottage my parents have some 30km away from this place and then make here a day hike, usually along one of the mountain ridges. Last time we did that (after Christmas 2019) the weather was so fierce on the ridge (complete whiteout and terrible wind) that we had to turn back. However, there was still an hour or so left till sunset, so we decided to walk a bit through the lower woods, on the other side of the road where we had parked. There was no wind among the trees and the snowfall had almost ceased. The big fir trees were covered in snow, the woods were silent and peaceful, and it was pretty cold.

I was by then very cold myself and knew I wouldn't be able to concentrate for long. I let my brother and husband walk alone and I moved randomly through the trees. Several motifs have caught my attention, but I already knew them from the photos of other photographers and I didn't want to repeat what I have seen at others. At some point I saw at some distance these trees. I chose to frame them at 200mm to simplify the composition. I liked how the crowns covered the trunks differently, revealing sometimes more sometimes less. The trees thus looked like candles which burned unequally.

The post-processing was made with simple means. I first changed the colour balance to better render the cold, serene but also impassible mood. With the help of a few dodging layers and curve adjustments I enhanced the highlights and opted for a high-key interpretation to enhance the quiet, peaceful atmosphere which covered the forest. I burned some parts in the background to add a bit of depth and added a bit of clarity only to the main tree trunk in the middle of the picture as to oppose the harsh bark to the softness of the background. Still the result was a bit too "concrete" so I added "Glamour Glow" from the Nik Collection with a reduced opacity, reduced saturation and reduced warmth.